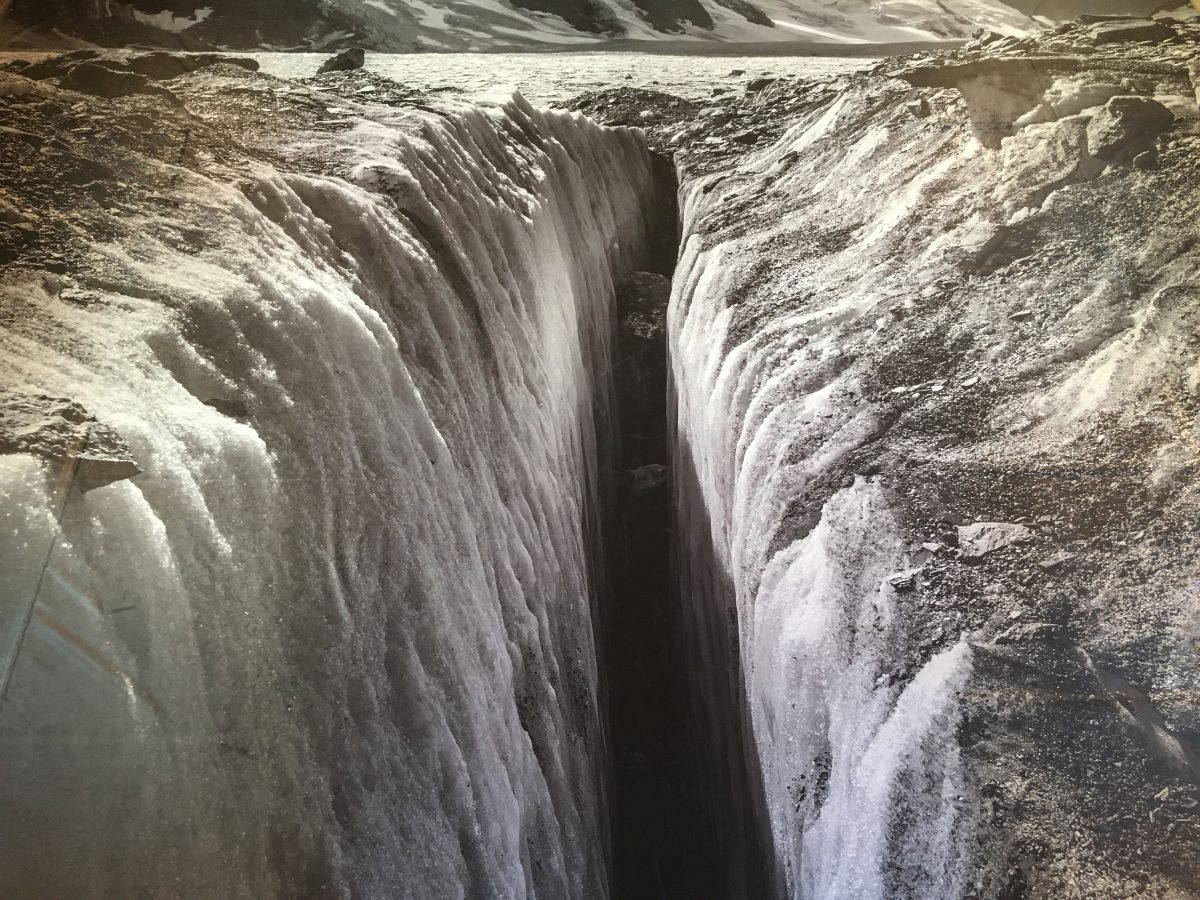 We live in an age where truth is elusive. Silent, even. Past generations dealt in absolutes and certainties. These were often spurious certainties, mind: the inevitability of social and technological progress, the superiority of one group over another, the rightness of imperial aims, the belief that science could solve all ills, among many.

The genie is out of the bottle

Few people view such claims uncritically today. We’ve all become just that bit more sceptical, accommodating doubt as the lodger in our front room. This change is in part due to the influence and insights of the late twentieth century postmodern philosophers, Jaques Derrida and Michel Foucault (and others) who undermined the very notion of objectivity.

“‘Truth’ is to be understood as a system of ordered procedures for the production, regulation, distribution, circulation and operation of statements. ‘Truth’ is linked in a circular relation with systems of power which produce and sustain it, and to effects of power which it induces and which extend it. A ‘regime’ of truth.” – Michel Foucault

Though few can claim to have read these great thinkers from cover to cover, their ideas are widely disseminated and taught in courses across the world. Their influence permeates and encompasses the entire spectrum of the social sciences and the arts.

Like pollen, postmodernism is carried on the wind. In our present time, almost every political and social commentator can’t help but see the world, at least in part, through the lens these philosophers left us. And, in consequence, that is the way we all see it – in our art, graphics, architecture, advertising, film, the internet and TV, and, of course, in our speech. Those who profess to be sure, to claim certainty, to possess objectivity are as anachronistic as steam lorries.

Postmodernism did us all a great favour. It unpacked the cultural assumptions that underpinned the heady claims to certainty and objectivity of the nineteenth and twentieth centuries, exposing their cultural arrogance, and revealing them as tools for the assertion of power and dominance. This unpacking helped liberate the oppressed and gave expression to the unheard. From race studies to feminism, we are indebted.

There is no such thing as neutrality, however ardently it is proclaimed. “The real political task in a society such as ours is to criticize the workings of institutions that appear to be both neutral and independent, to criticize and attack them in such a manner that the political violence that has always exercised itself obscurely through them will be unmasked, so that one can fight against them.” – Michel Foucault

However, there is a downside, in that doubt has now spread from the front room and has taken over the whole house. Notions of progress and objectivity are seen to be just that and no more. Science is questioned in the same manner that religion once was. We are left sceptical and directionless, searching for answers where there are none.

Why the need for truth still bothers us

In an age of relativism, truth and knowledge are defined by the social, cultural and historical context. The possibility of having to deal with finding the truth in 7.5 billion different contexts is stressful. There is no Highway Code to guide us – and navigating the streets of life without one leaves us floundering, struggling to communicate with each other, to agree, to commit, creating internal dissonance. This problem is both personal and social. Is our truth their truth, and how much of “our truth” do we really share? We are not able to adequately deal with this multidimensional complexity. In consequence, we are constantly searching for simple answers.

In postmodernism, nothing is mere accident, all is artifice. “Everything is arranged so that it be this way, this is what is called culture.” – Jaques Derrida

So, despite the inevitable relativism of our age, we still have a need for truth, even if we don’t know where to find it. Indeed, now that it has gone missing, truth seems more important now than ever before. The fragmentation of social solidarity combined with the influence of the internet and social media has resulted in a maelstrom of lies, fakery and distortions.

All too often, our leaders are seen to no longer care whether they are telling the truth or not. One lie piles upon another, one tweet at a time, adding to the general confusion.

This is made worse by the fact that populism is in some senses an equal and opposite reaction to postmodernism. Many of today’s leaders view the relativism of postmodernism as specifically embodying the very worst of what they hate about liberalism in general. This leads them to actively promote absolutes, however absurd and contradictory. George Orwell would have loved the doublespeak of “going back to the past will make us great again” or “keeping people out will make us all stronger.” At the same time, populist leaders have no better sense than the rest of us what is true and what is not. This is clear from what they say and what they let happen.

We are being bombarded by conspiracy theories from all sides in this age of Covid: it was a plot by the American government, or the Chinese military; the illness is caused by 5G, or the virus was genetically engineered in a laboratory; it’s a strategy for world dominance, or a ploy to win an election. It is Russian disinformation, or British. It is none of these things. Or all of these things. On and on and on . . . And truth is still missing.

We all hunger for a new way of recognising the truth.

Has objectivity passed its sell-by date?

Just at the very moment when science and experts are no more trusted than snake oil salesmen, governments suddenly start appealing to scientific objectivity. “We are being guided by the science,” they tell us.

And the chorus replies, “What science? Who’s guiding you? What do they want of us? And why?” No longer do claims of objectivity ring true, nor do “facts” go unquestioned. Suddenly, the appeal that “I am solely responding to the science” seems weak and disingenuous.

Does this matter? Clearly it does. It matters viscerally. Our bodies and minds automatically simplify things, eliminating what is not immediately pertinent, categorising reality in manageable chunks. Too much information would cause us to overload, so we cut it out, automatically, without thought. (see my post on how we miss things out: http://restoredworld.org/theres-a-gorilla-in-the-hallway). It’s as if we are programmed to default to binary principles: right and wrong, good and bad, hot and cold, wet and dry, dangerous and safe.

The confusion that results from having to work hard to discern the truth in even simple matters is exhausting and can cause us enormous stress – a factor that makes life seem really difficult for many at present. Each one of us is slowly becoming an armchair epidemiologist, political philosopher, scientist, and analyst. We have to decide for on a moment by moment basis what is true and how to act on this truth. Do I wear a mask or not? Do I keep a distance of one metre or three? Is the risk greater from children or for children? How long does the virus live in the air, or on metal, or on my clothes? Is it killed by ultraviolet light, or humidity, or heat, or none of these things? Do I visit the needy, or keep distance? Do I say hello, or avoid eye contact?

None of us want this. We want and need an answer we can trust.

Read one way, this might be a definition of relativism: “Search for what is good and strong and beautiful in your society and elaborate from there. Push outward. Always create from what you already have. Then you will know what to do.” – Michel Foucault

A call for integrity

With truth lost in the undergrowth of culture, integrity means much in today’s world. The person who exhibits congruence in both what they say and what they do is a lighthouse in troubled seas – they make our complex world navigable. The thousand questions we need to ask to unravel what is what and why, and who and how, are reduced significantly; we trust people with integrity to have already have done the questioning for us. This is why we look to our leaders to show just such integrity – we want to know that we can trust them. If we can, this way lies simplicity. Leadership as stress relief.

When they don’t show integrity, however, when our leaders lie and deceive, this is more than merely disillusioning. We recoil physically. Our animal self knows instinctively that this threatens our very safety.

Many of us find ourselves left struggling with some very big questions:

So, without integrity, we are caught in a trap somewhat of our own making. On the one hand we know, intellectually, that we must constantly question. On the other, we tend to favour the default binary option. We are too easily lazy as well as under-confident in our ability to ask the right questions. So we don’t. The result is confusion and bewilderment.

The only way out is down the path of integrity.

We all collectively need renewal if the world in which we live is to be restored. My hope is that this website, which is in part a personal account of my search for that renewal and the things I have learnt along the way, can make a small contribution to our reimagining of our lives together and how we can restore our world.